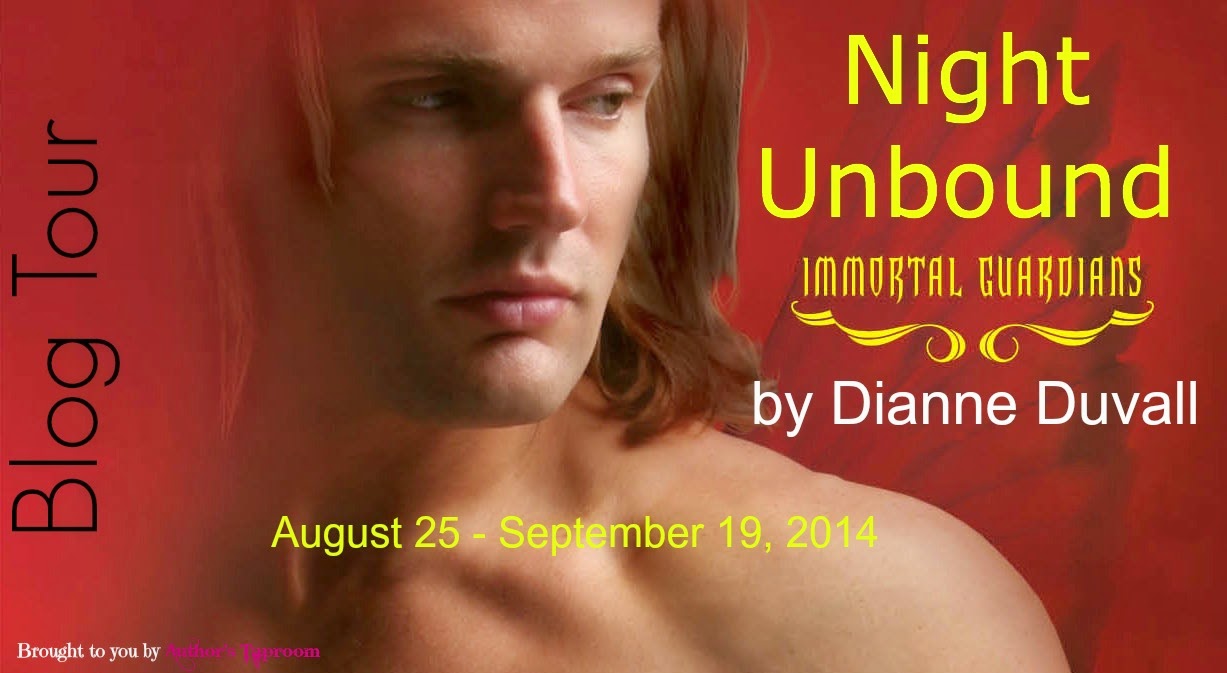 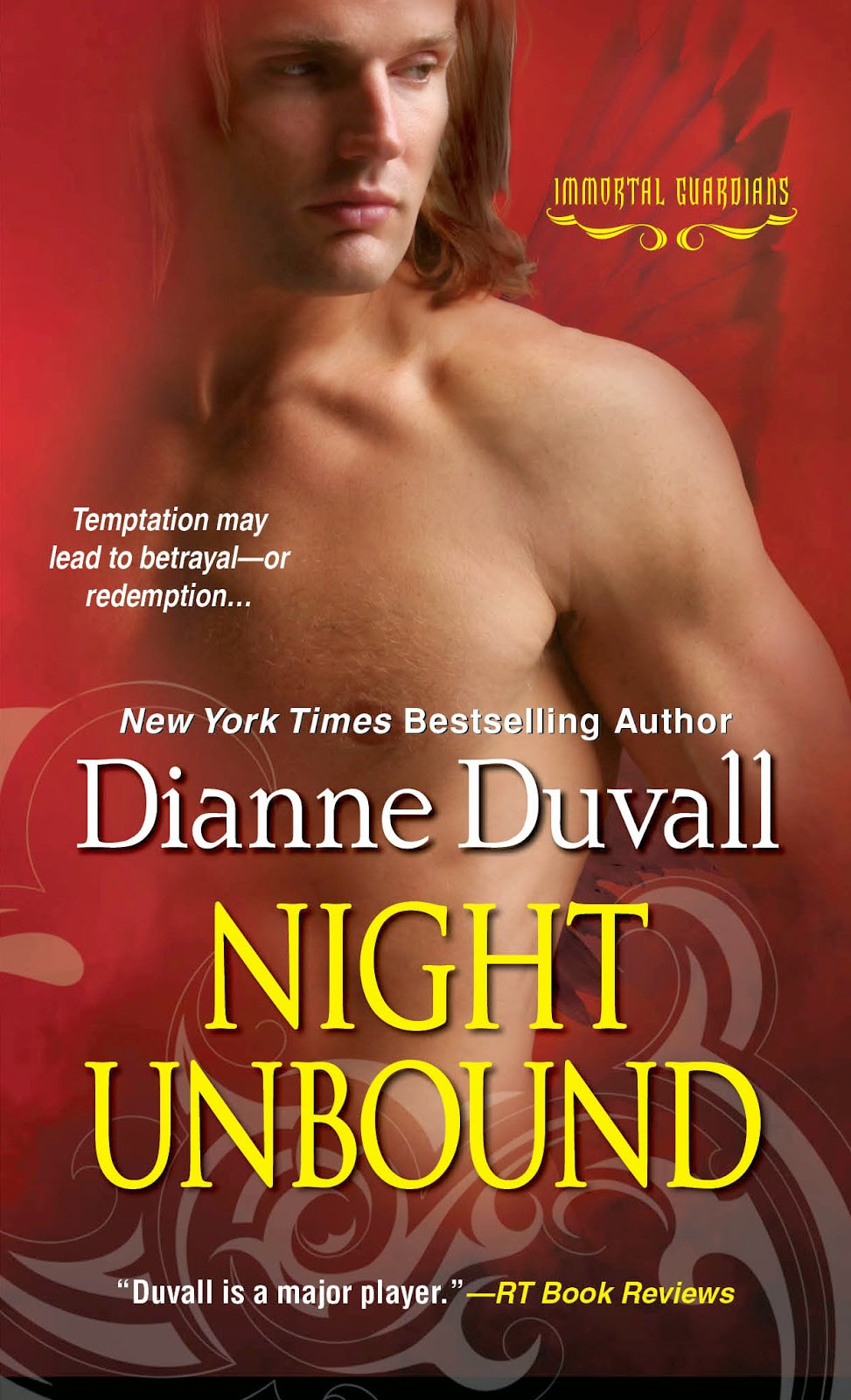 Blurb:
Dianne Duvall's Immortal Guardians protect humanity from unspeakable horrors--but their hearts are as fragile as any mortal's. . .

For centuries, Lisette d'Alençon has been a warrior against the dark. She fights alongside her brothers and comrades. But when the dreams start coming, she can't bear to confess them to the Immortal Guardians' command. Dreams of a dark-haired man with soft eyes and brutal wounds, a man her heart aches for--and a man she knows has been declared a traitor.

Zach is an exile, a loner. He won't defend himself against false accusations or grovel to those who should have faith in him. But he'll damn sure defend the woman who kept him sane against a plague of super-vamps that seems to have appeared from nowhere. The Guardians will blame him, and that will make Lisette suspect, too. With life, death and eternity on the line, who can they really trust?

"The Immortal Guardians series is one you'll want to follow." --The Romance Review

"These dark, kick-ass guardians can protect me any day!" --Alexandra Ivy on Darkness Dawns

Thank you so much for joining me!  I’m here today to celebrate the upcoming September 2nd release of NIGHT UNBOUND, the fifth book in my Immortal Guardians paranormal romance series.  I’m so excited!  For those of you who are hearing about it for the first time, my Immortal Guardians series takes what has been described by reviewers as a fresh approach to the vampire romance genre.  So I thought I would take a minute to explore just why I, and other readers, find vampires so immensely appealing.

There’s the obvious, of course:  the fascination inspired by the notion of immortality.  The idea of never getting sick, growing old, or dying is an intriguing one for many.  As is the notion of healing swiftly from almost any wound suffered without requiring medical attention.

Possessing incredible strength and speed are also common characteristics of vampires, and are traits I (and many of my Facebook friends, I’ve learned) would certainly appreciate possessing.  Both the immortals and vampires in my series boast these, which can produce some interesting battle scenes and leave the humans upon which the vampires prey at a particular disadvantage.

In my fictional world, you see, vampires and immortals are infected with a very rare symbiotic virus that first conquers, then replaces the immune system and lends them the aforementioned characteristics.  The virus DOES come with a few downsides, though, namely an unfortunate photosensitivity and need for blood.  An even greater drawback to the virus:  It causes progressive brain damage in all humans infected with it, causing them to rapidly descend into madness.  So even good guys who are infected with it will inevitably become evil.

Immortals, on the other hand, were something more than human before their transformation.  Though they don’t know the source of it, each was born with incredibly advanced DNA that bestows upon them special paranormal abilities (such as telepathy, telekinesis, teleportation, and the like) and mutates the virus so they aren’t afflicted by the madness it causes in humans.  Exceedingly powerful warriors, the Immortal Guardians thus spend their nights hunting and slaying the vampires who prey upon humans.

Now, the vampires in my series come in a wide variety.  Some have been infected for years and are completely psychotic.  Their actions are violent and so unpredictable that they even turn on their own kind.  Thus far, Dennis has been my favorite psychotic vampire in the Immortal Guardians series.  He was so deliciously evil and totally lacking in conscience.  You just never knew whom he would turn on next.  Other vampires in my series are newly transformed and—still lucid—are either struggling to understand their new existence (and distinguish friend from foe) or are high on the power they wield and delight in toying with their victims.  And then there are vampires who fall somewhere in the middle, allying themselves with the Immortal Guardians while they cling desperately to sanity by their fingertips and hope a cure will be found for the madness that digs its claws in a little deeper each day.  I admit Cliff is a favorite of mine who falls into this last category.  He’s a favorite of many readers, as well, who have written to me, hoping the Immortal Guardians will be able to save him.  (I’m afraid I still don’t know the answer to that one.)

Returning to the appeal of vampires and immortals . . .  I think one of the greatest is the altered concept of the HEA they necessitate.  Happily ever after in the immortal world takes on a whole new meaning.  It doesn’t last decades.  It lasts centuries.  Millennia even.  Outside the fictional realm, we live in a society in which many forms of the media mock falling in love and make the idea of spending the rest of one’s brief, mortal life with one person seem downright torturous.  So, I find the concept of a couple being thrown together and falling so deeply in love that they will happily commit to each other for centuries very appealing, and suspect others do, too.

In recent years, the question has periodically been raised as to whether or not interest in vampire romance is on the decline.  Personally, I don’t think readers will ever tire of vampires.  Vampires have featured prominently in books for over a century, after all, and in films for nearly as long in a wide variety of incarnations.  Dark and deadly.  Dashing and romantic.  Downright comedic.  As long as writers continue to reinvent them, I doubt Vampires will ever lose their appeal.  And the possibilities are endless.

Dianne has also completed two not-yet-published paranormal romance novels that are prequels to Darkness Dawns. A Sorceress of His Own is a medieval romance with paranormal elements that won awards in the Lone Star, Where the Magic Begins, Southern Heat, Picture This, Book of Your Heart and Suzannah national writing competitions. Rendezvous With Yesterday is a time travel romance and won second place in the Picture This writing contest.

In addition to writing romance, Dianne has completed a one-act play (comedy) and teamed up with an award-wining screenwriter to write a spec script for a new situation comedy. Several of her poems have also been published in anthologies.

When she isn’t writing, Dianne is very active in the independent film industry and once even appeared on screen as a machete-weilding maniac not unlike the vampires she so loves to create in her novels. 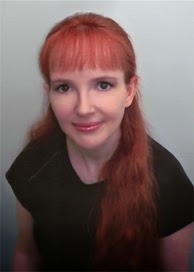 Lägg till kommentar
Läs in mer...

My interview with author Joanna Wylde! 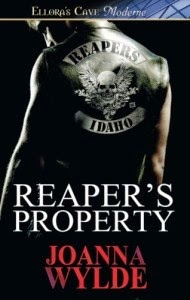 Who is your favorite character in the Reapers MC series (yes,you have to pick one.;))That’s tough, because I have favorites that change all the time. Generally I like them best right after their story has come to me, but before I’ve written it because as I write characters I get frustrated with them. Right now Bolt is one of my favorites, because he has a huge backstory and I play it through my head all the time as I go to sleep at night (that’s how my stories come together). I’ve had so much fun with him and Maggs, and some day I hope to share their story with everyone. I would say Painter is a close second, because I’ve really watched him grow as a character throughout the series. Can’t wait to write his book!I have read a lot MC Romances and I have to say that your series is one of the best.:)It feels unique!I really like that every book is different.Devil´s Game was New Adult while Reaper´s Stand was mature for example.What is the most challenging writing a MC book?Do you read oth…
Läs mer 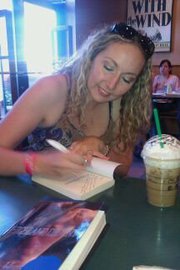 Hi Marie, thanks for asking me! I love chatting about Highlanders :)
-Laurie *Why do you think Highlanders and Scotland are so popular,both on TV and in books?
I think it's because everyone loves an underdog. The Highlanders were the epitome of the underdog. They had the odds stacked against them, but still fought to preserve their way of life and their people. The idea of a strong, handsome, warrior is something you'll find in any genre (SEAL romance, Viking romance, Paranormal Romance), but the Scottish Highlander is unique in the sense that they were in a fight to survive. Their plaids were outlawed for a time, they were driven out of their homes, they truly were the underdog of the story, and yet they persevered and their customs are still around to this day. We even have Highland Games in my city, which is not known for it's Scottish population. So when you find a hero where everything is against him, and st…
Läs mer

Dark Past by Laura Hunsaker. 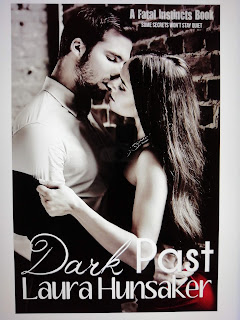 I really enjoyed this story!:)Kyle is yummy!I know y'all will love him.Green eyes!Sigh!My weakness.LOL.He is a former SEAL too.Swoon-worthy!
Kate is likeable and she is on the run.Will she be safe in Chester,California?Will she find love with Kyle?If you want to know read this book!I know you will want to. :)

Marie
I´m a girl and I live in Scania,Sweden.:)I love books!:)My big dream is to be a writer!:)I was a student at Lund University 2008-2013.I have a Bachelor degree in comparative literature!